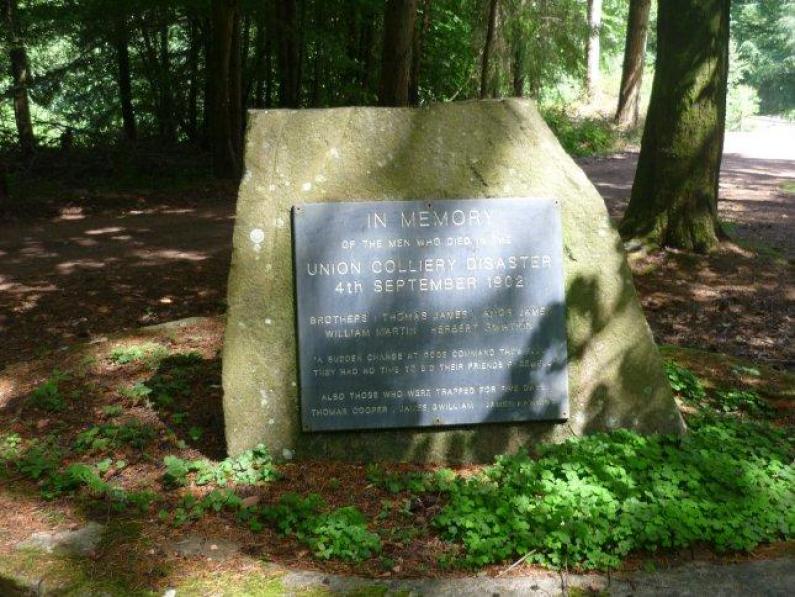 The Union Colliery was owned by the Parkend Deep Navigation Collieries Co. Ltd, who, from 1892, developed an earlier pit on the same site. By 1899 about 100 tons of coal per day were being produced and about 100 men were employed. However, there were serious problems with water, and on 4th September 1902 the colliery was flooded by a sudden influx from abandoned workings. Seven men were trapped, and it was not until 9th September that pumping had reduced the water level sufficiently to allow rescuers to enter the workings. Three miners were found alive, but four had drowned: Herbert Gwatkin, Thomas and Amos James, and William Martin. The event is commemorated at the colliery site by a statue of two trapped miners embracing, commissioned by the Forest Freeminers, together with a commemorative plaque. The statue is the work of sculptor Matt Baker, and is carved from Pennant Sandstone from nearby Mine Train Quarry. Good. The statue is in good condition.