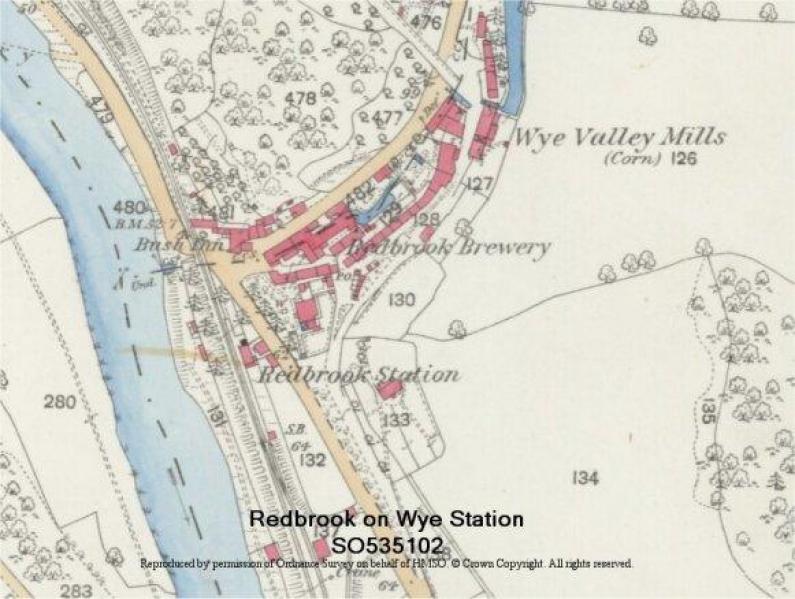 Redbrook-on-Wye (commonly referred to simply as Redbrook) station, on the Wye Valley Railway between Chepstow and Monmouth, opened with the line on 1 November 1876. The platform, stone station building, and signal box were on the down (eastern) side of the line. There was a goods yard, with a loop, sidings, goods shed, and both 5 ton and 30 cwt cranes, to the south of the platform. By 1925 the goods facilities were only used occasionally, although there was some use associated with the local tinplate works. The station was well known for its displays of flowers, and many prizes were won. It closed on 5 January 1959.