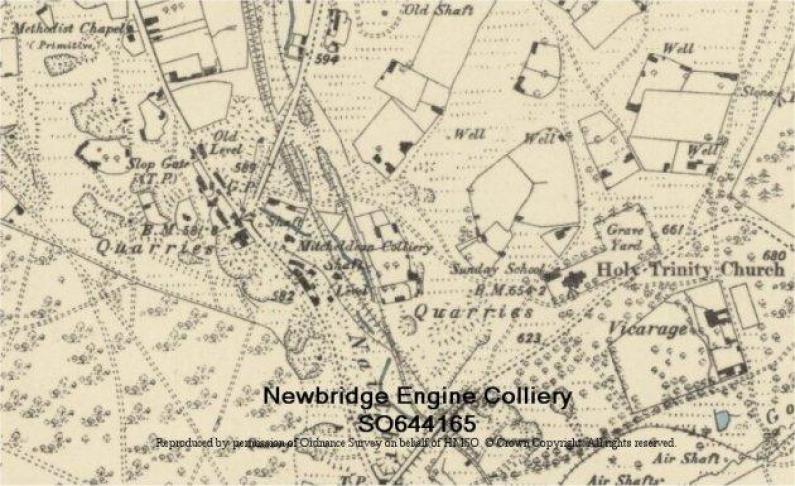 Newbridge Engine Colliery was working by 1833 when the owners proposed that the Forest of Dean Railway should extend its tramroad from Whimsey to the colliery. It was presumably exploiting the Coleford High Delf Seam at the base of the Pennant Group, which is very close to the surface here. As this was declined, a private tramroad was built. The colliery was soon in debt, with the workings flooded and the tramroad equipment sold off. An attempt to re-open the colliery in 1859 was abortive, but the Mitcheldean Colliery Co. Ltd had some success in winning coal from the pit before it closed in 1879 and the company was dissolved in 1885. The gale was acquired by Jacob Chivers in 1885, who intended to work it through his Hawkwell Colliery, and it seems to have been worked by the New Bowson Coal Co. Ltd between 1898 and 1906. It was ultimately bought by Albert Jones in 1918 to form part of Harrow Hill Colliery.