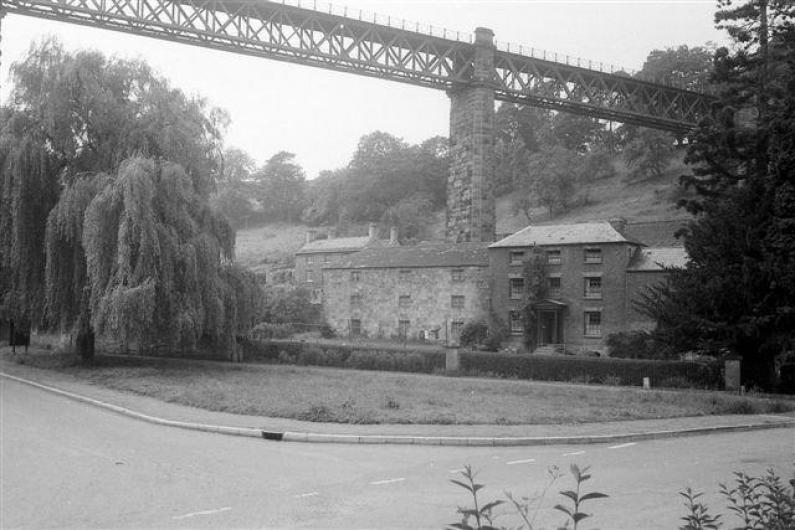 Lydbrook viaduct was situated on the Lydbrook branch of the former Severn and Wye Railway, which ran from Serridge Junction, between Parkend and Cinderford, to Lydbrook Junction on the Ross and Monmouth Railway. Designed by George W. Keeling, it was begun on 9 November 1872, and completed and ready for goods traffic on 26 August 1874. The masonry work (three arches at the southeastern end, two arches at the northwestern end, and two intermediate 90-foot piers) was carried out by contractor J.E. Billups. Three girder spans (120, 150, and 120 feet in length) were manufactured by the Crumlin Viaduct Works Co. Lower Lydbrook station was near the southeastern end of the viaduct. The branch opened to passenger traffic on 23 September 1875, but services were withdrawn on 8 July 1929. Final closure to goods trains came on 30 January 1956, although there had been little or no traffic for over three years. The viaduct was demolished in 1965. Viaduct Cottage and Viaduct House in Lower Lydbrook were originally almost beneath the viaduct. Very bad. Only overgrown parts of the abutments remain. (Oct. 2001)