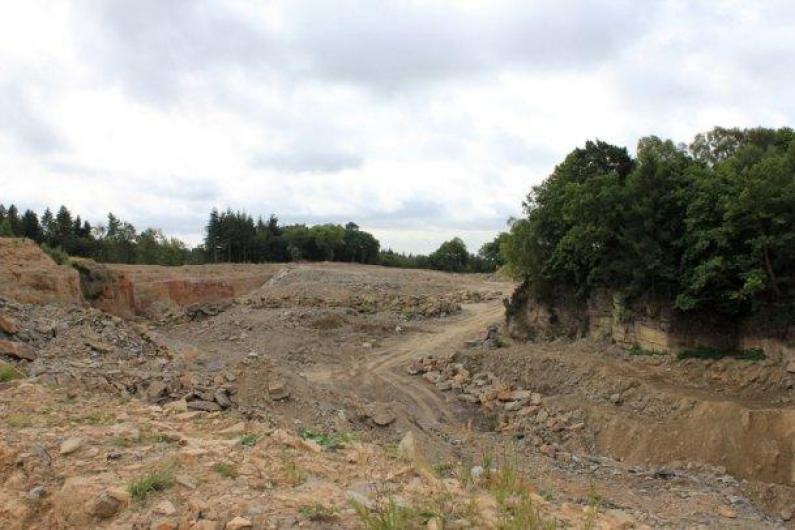 The stone works was opened in 1901 by Messrs. E. Turner & Sons of Cardiff to enable the working of stone brought down the Bicslade Tramroad from Spion Kop Quarry. The works consist of two parallel buildings with an open space, spanned by an overhead crane, between them. The building on the southern side houses the horizontal stone saws and other machinery, some dating from the opening of the works. The smaller building on the north side is a working space for stone masons. As well as the two main buildings there are several ancillary structures such as the small timber and corrugated iron office at the entry to the works. Stone was brought into the works over a siding off the Bicslade Tramroad and was also sent out the same way but to a transshipment wharf with the Severn & Wye Joint Railway. Messrs Turner were taken over in 1910 by United Stone Firms who in turn were taken over by United Stone Firms (1926) Ltd. In 1939 the works and quarries were bought out by Forest of Dean Stone Firms who still operate the site today.