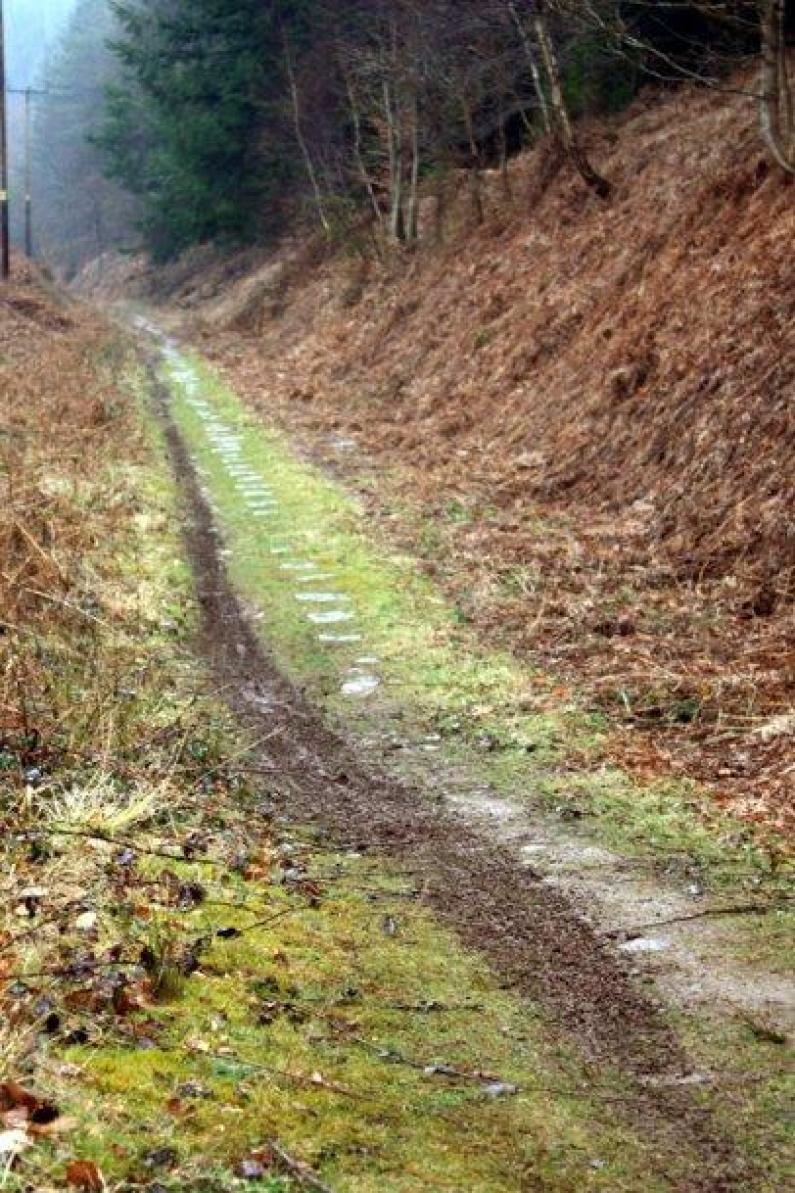 The Bicslade (sic) Tramroad was a branch off the Severn and Wye Railway’s 3 ft 6 in. gauge tramroad from Lydney to Lydbrook, which opened in 1810. The 3/4-mile branch was built to serve collieries and stone quarries along Bixslade and had opened by June 1812. Traffic had ceased by November 1946, after which much of the track was damaged by vehicular traffic. However, a section of stone blocks in the lower part of Bixslade was renovated by Forest Enterprise in the 1990s, motor traffic having been diverted. The original track consisted of L-section cast iron plates, 3 ft long and weighing 42 lbs, spiked to stone blocks (or setts) with single iron nails. Later track utilised longer plates, set on chairs which were attached to the blocks with two tapered bosses. Both types of block, which weighed at least 160 lbs and were at least 14 in. square by 7 in. thick, can be seen in Bixslade. Fair to poor. Along some sections of the tramroad the stone blocks are still in situ, but along much of the route blocks are either displaced, missing, or buried. (April 2002)