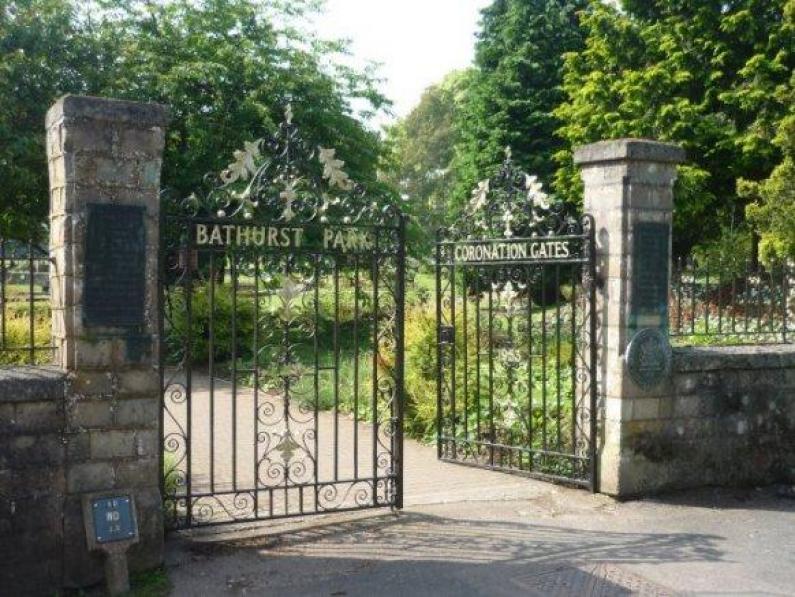 Before 1850, Lydney and Newerne were two separate villages, the area in between, now Hill Street, was farm land and buildings; as late as 1963 there was an orchard on the site that is now the Library and car park. The way to the church, which served both villages, was a path across open ground called the moorland. In 1892, Charles Bathurst of Lydney Park, whose estate included most of the farm land in the district, gave the moorland to the people of Lydney to commemorate the 25th birthday and coming of age of his eldest son, Charles Bathurst, jun. who later became the 1st Viscount Bledisloe. It was to be preserved as open green space, and was professionally landscaped and planted with trees and shrubs to become the attractive Bathurst Park that we know today. Over the years a band stand, football pitches, tennis courts, a bowling green and children's play area have been added and the park has been used and appreciated by the people of Lydney and a much wider area for the past 121 years. In the early 1950s, a rose garden was laid out as a war memorial and later a pond was added where an impressive fountain was installed to mark the millennium. To celebrate the Coronation of the Queen, ornamental gates at the entrance from Bathurst Park Road were given and installed by Mr John Watts. The gates were handed over to the Chairman of the Parish Council, Mr C H Steel at a ceremony at the gates in June 1953 and were officially opened by Lord Bledisloe, who thanked Mr Watts for the gates, just one of his many generous gifts to Lydney.