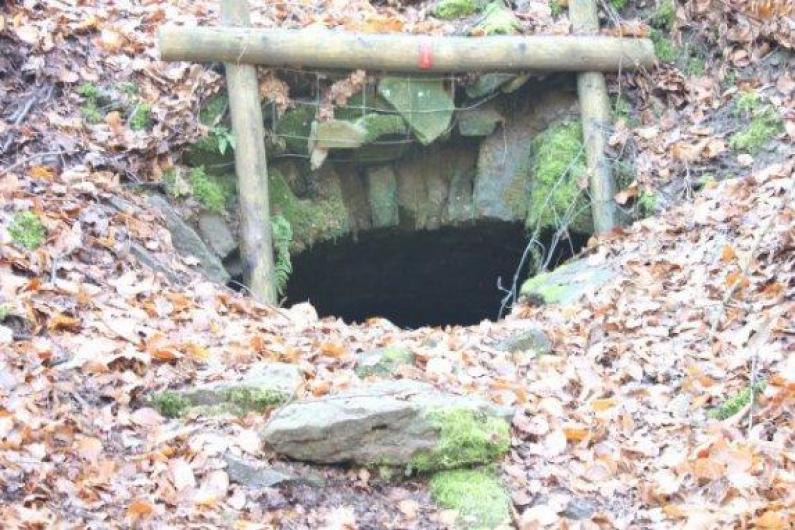 Wimberry Colliery was situated on Old Furnace Level gale, and was already in existence when the Severn and Wye Railway's Wimberry branch tramroad was built in about 1810. The colliery was leased by David Mushet in 1821. However, shaft sinking does not appear to have been completed until after the gale was acquired by Trotter, Thomas and Co. in 1864. The shaft cut the Coleford High Delf Seam of the Pennant Group at 129 ft and reached an depth of 264 ft. There was a connection with Mushet's Old Furnace Level in Howlers Slade. In 1868 the section of the Wimberry tramroad below the colliery was replaced by a broad-gauge line, although the upper section remained in use as a horse-drawn tramroad. By 1885 the company was in financial difficulties and the gale went to the Wimberry Colliery Co. in 1891. There were problems with water, and the workings were flooded on 20th December 1897, six miners having to be rescued. By this time the colliery was virtually worked out, and it was sold to the Cannop Coal Co. Ltd in 1908.