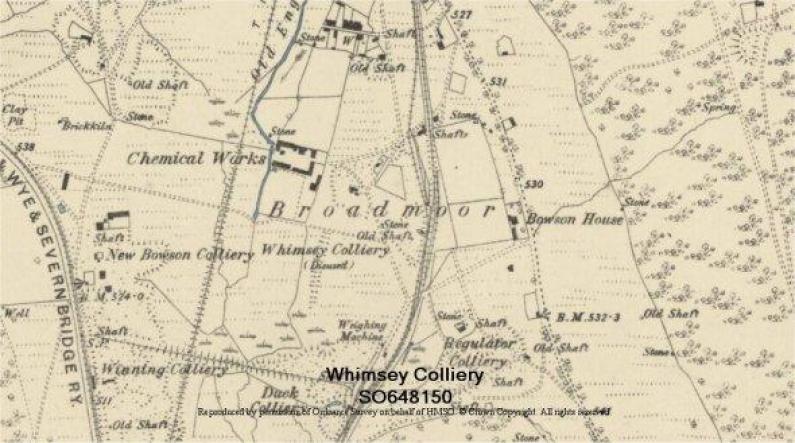 Whimsey Colliery was begun in 1737, when it as known as Major Wade’s Suff. By 1833 it was known as The Whimsey or Major Lough Colliery and was galed to Thomas Meek, although it was not working. By 1841 the gale belonged to James Teague, James Bennett, Thomas Brain and John Williams, who were working the Brazilly and overlying seams in the Supra-Pennant Group. The colliery formed the terminus of the Whimsey Branch of the Forest of Dean Tramroad, which was completed in 1823. It was still working when the tramroad was converted to a broad-gauge railway by the South Wales Railway in 1854, but apparently closed soon afterwards.