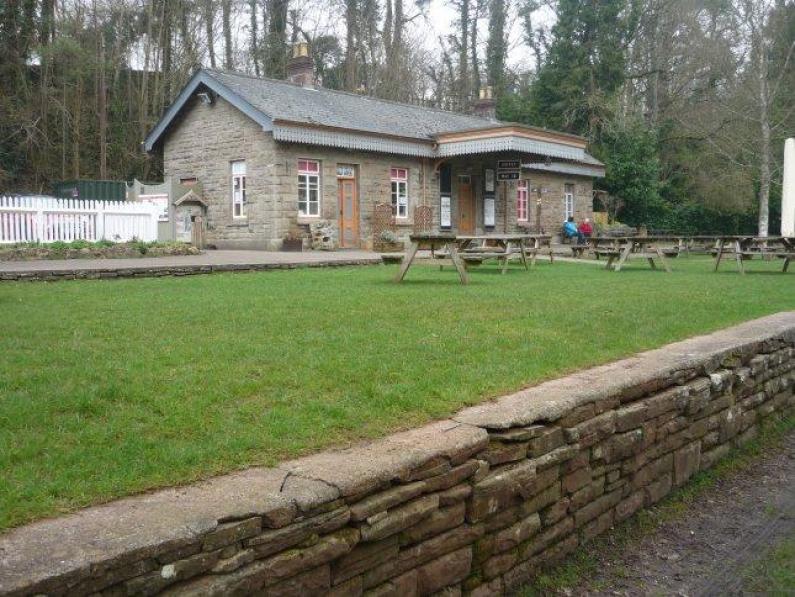 Tintern station, on the Wye Valley Railway between Chepstow and Monmouth, opened with the line on 1 November 1876. It served both the local community and visitors to Tintern Abbey, and was the largest station complex on the branch. The main station building, stone-built and with a small canopy, and platform were on the western (up) side of the line, and there was an island platform with a simple canopy for shelter. There were two running lines through the station and a loop on the down side, which could accommodate Abbey excursions. A signal box was situated on the eastern side of the loop, and the goods yard, with several sidings, a goods shed, loading bays, cattle pens, and 30 cwt and 5 ton cranes, was southwest of the passenger station. The GWR and BR had a camping coach here, between 1937 and 1956 at least. The station closed to passenger traffic on 5 January 1959, and some of the goods sidings had already been removed before final closure of the line in January 1964.