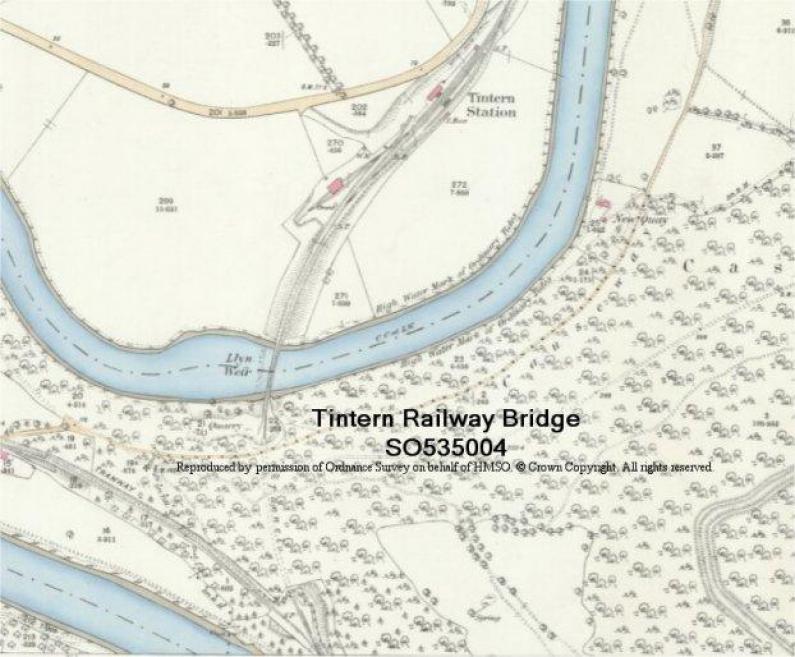 Tintern bridge carried the Wye Valley Railway, which ran between Chepstow and Monmouth, over the River Wye just north of Tintern tunnel. It consisted of a continuous lattice girder, 177 or 207 ft long (accounts differ), supported on two pairs of cylindrical iron columns filled with concrete and masonry abutments. The contractors were Messrs Reed Bros. & Co. of London, and the WVR opened to traffic on 1 November 1876. It finally closed (to goods) in January 1964, and the ironwork of the bridge was removed in 1964-5.