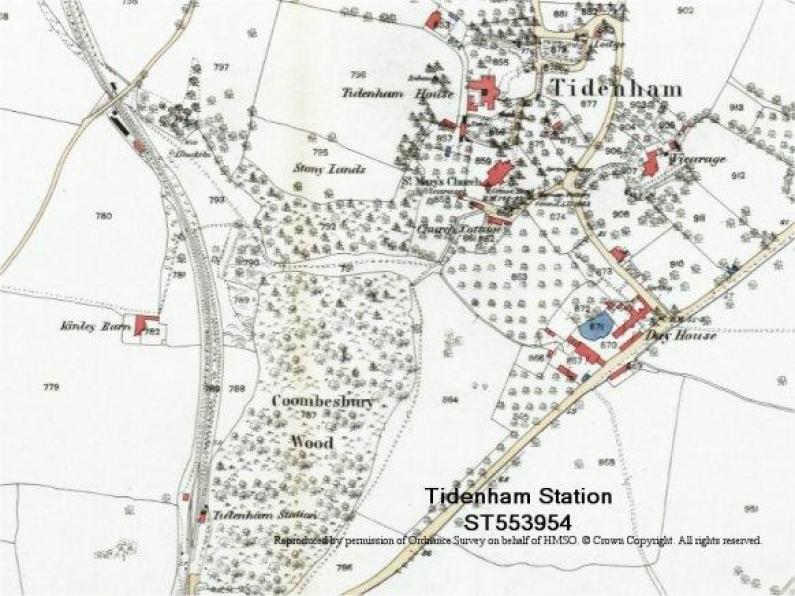 Tidenham station, on the Wye Valley Railway between Chepstow and Monmouth, was situated a little to the north of the bridge over the A48 Chepstow-Lydney Road. Opened with the line on 1 November 1876, it comprised a platform with a very basic stone station building and signal box on the down (eastern) side of the line, together with a loop and spur siding serving a goods shed (30 cwt crane) on the up side. The station was closed from January 1917 to February 1918, and the signal box was replaced by ground frame levers controlling the loop in 1928. The loop was taken out of use in 1952, and the goods siding finally abandoned in February 1955. The station, by now reduced in status to a halt, was closed to passenger traffic on 5 January 1959. The buildings were soon demolished, but the platform was developed into a loading bay for stone from Dayhouse Quarry, and a new loop was laid in March 1968. The last train to the quarry ran in September 1992.