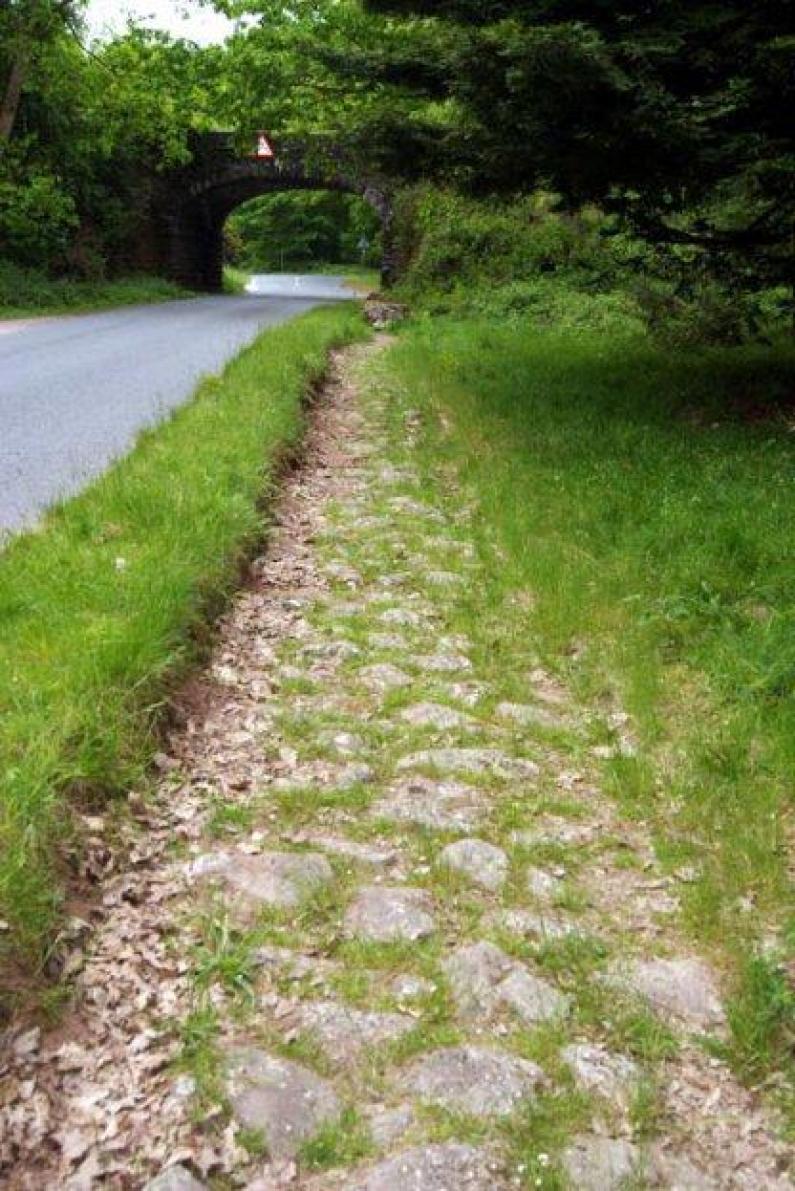 The Dean Road is a paved and kerbed road running from Highfield Hill, Lydney to Mitcheldean, a distance of just over 10 miles. The most exposed part is at Blackpool Bridge, just off the Parkend to Blakeney Road. The road is widely held to be Roman, probably of the first century, though some objections to this theory have been raised. The only alternative date put forward is the end of the 17th century. This date originated from carbon dating in 1986 of charcoal taken fom beneath the road, which was dated between 1660 and 1945. However, it has beem argued that the charcoal formed part of a repair to or a reconstruction of the road at that time and was in any case an unsuitable example. There is also no historical evidence in support of the date.