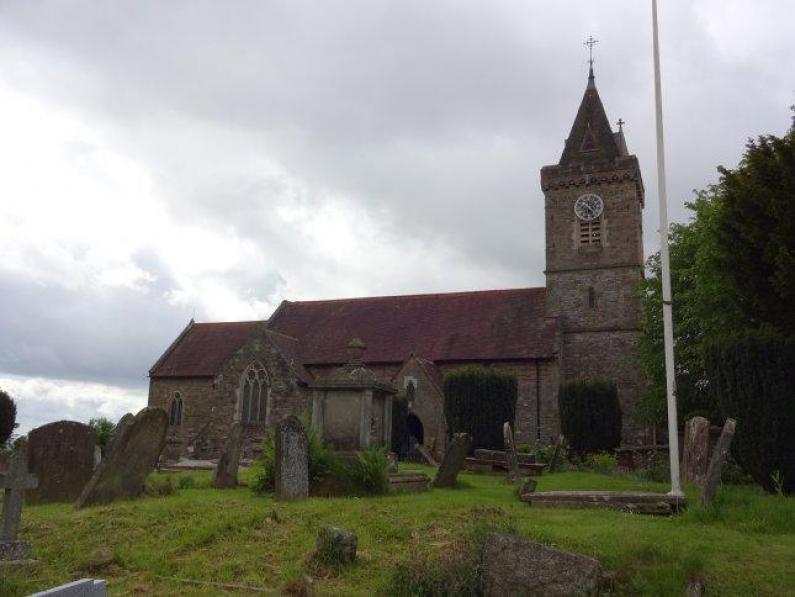 St Peter’s Church originally stood on the Nab by the river's edge. Due to erosion by the River Severn, it was replaced in the 14th century on a new site on the hilltop at the Ruddle end of the town, by a church that was subsequently largely rebuilt in 1875. Unfortunately the newly rebuilt church was then mostly destroyed by fire in 1881 and was rebuilt again subsequently. Some features from the early church were retained and re-used in the later church, namely the font, a mutilated tympanum, a small round-headed doorway reset above the south doorway to the building of 1881, and other fragments. Up until 1875 the church comprised nave, chancel, south aisle, small south transept, north porch, and west tower. The tower was rebuilt as a pinnacled and embattled structure of three stages after a faculty had been granted in 1832. By 1875 the lychgate at the north-west corner of the churchyard had been built. In 1875 the chancel and south aisle were rebuilt, the upper stage of the tower was rebuilt with a short spire, and north and south vestries were added during work carried out by Waller. After the fire of 1881 the same architect, Waller, restored the building to the same plan of 1875. The 12th-century font has an arcaded bowl with rudely carved figures of the twelve apostles standing in the niches. The church bells were recast in 1603, and again in 1696, when there were four. John Rudhall recast the bells and added a fifth in 1810. Another bell, by Llewellyn and James, was added in 1868, and two more in 1889. A new ring of eight bells by Mears and Stainbank was dedicated in 1894. In 1895 the bequest of John Hill provided for a new clock and carillon. A new organ by Forster and Andrews of Hull was provided after 1881 and rebuilt in 1955.