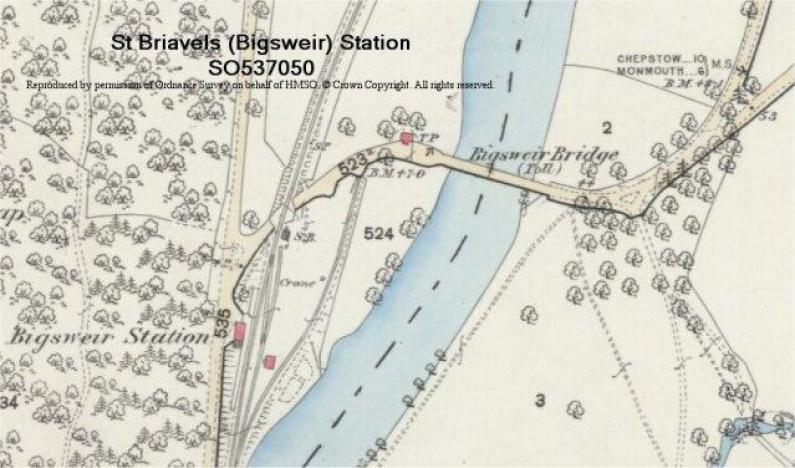 St Briavels station, on the Wye Valley Railway between Chepstow and Monmouth, was built in 1876, and open with the line on 1 November that year. It was actually situated in Wales, and was nearly 2 miles by road from the village it served. Originally named Bigsweir, it was renamed St Briavels and Llandogo in May 1909, before becoming simply St Briavels on 1 February 1927, prior to the opening of Llandogo Halt. The small stone station building and single platform were on the western (up) side of the line, and there was a signal box adjacent to the level crossing on the A466 road. There was a loop and sidings in a small goods yard, which had a goods shed and storage shed, as well as 30 cwt and 5 ton cranes. The station closed to both passenger and goods traffic on 5 January 1959.