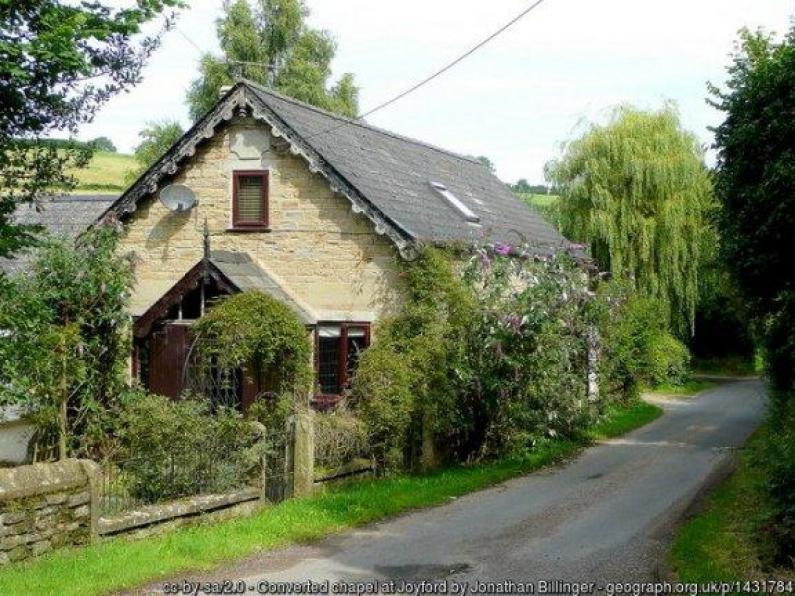 Originally built to seat around 50 people the chapel was surrounded on three sides by farmland with the Coleford road to the front. Among founder members were the Hawkins and Cullis families whose names were written on a piece of paper, sealed in abottle and placed beneath the foundation stone. The chapel became a branch of Coleford Baptist church in 1902. Difficulties in running Joyford chapel forced Coleford Baptist to reliquish control in 1957 after which a small congregation kept Joyford going for a further 5 years before it was forced to close.