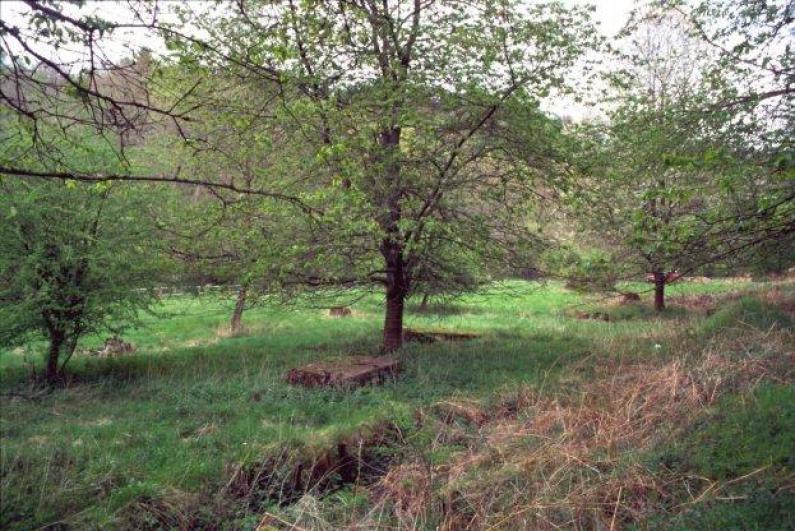 Howbeach was galed to Moses Teague in 1831. The colliery was also known as Howbeach (or Howbitch) Engine and Dr Teague's Pit. It had a rail connection from 1868 when the Forest of Dean Central Railway opened. However, development was slow and little coal appears to have been won until the 1890s. The 305 ft shaft passed through the Pennant Group (middle Upper Coal Measures) to prove the Yorkley (2 ft thick) and Coleford High Delf (3 ft 6 in.) Seams. About 40000 tons were raised in 1893, but the colliery closed in 1895 owing to water problems and a depressed market. Some production seems to have occurred in the early 1920s, after which the colliery closed for good. Very bad. Only a few concrete foundations and a filled-in shaft survive. (May 2002)