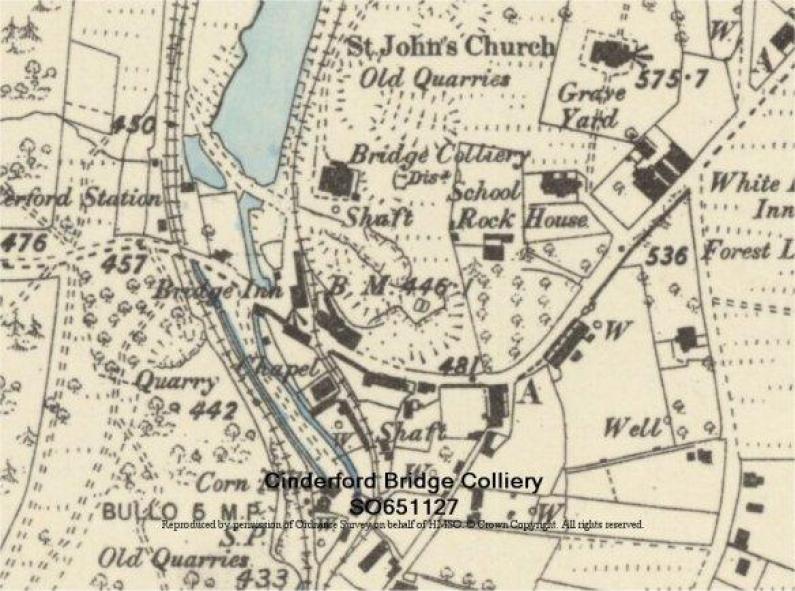 The Cinderford Bridge gale was bought by James Cowmeadow in 1841 to work the Coleford High Delf Seam in the Pennant Group (middle Upper Coal Measures). Shaft sinking had commenced by the following year. A siding off the South Wales Railway's (later GWR) Forest of Dean Branch was built in about 1856. Damage to the nearby Cinderford Mill caused by subsidence, as well as breakdown of the pump, led to financial problems and the bankruptcy of the owner, Mr Wagstaff, in 1861. Subsequent attempts to work the colliery appear to have met with little success, not least because of continuing subsidence problems, much of the gale being covered by houses. Very bad. Only the overgrown traces of some tips and the colliery manager's house (now Wagstaff House) survive. (Dec. 2002)