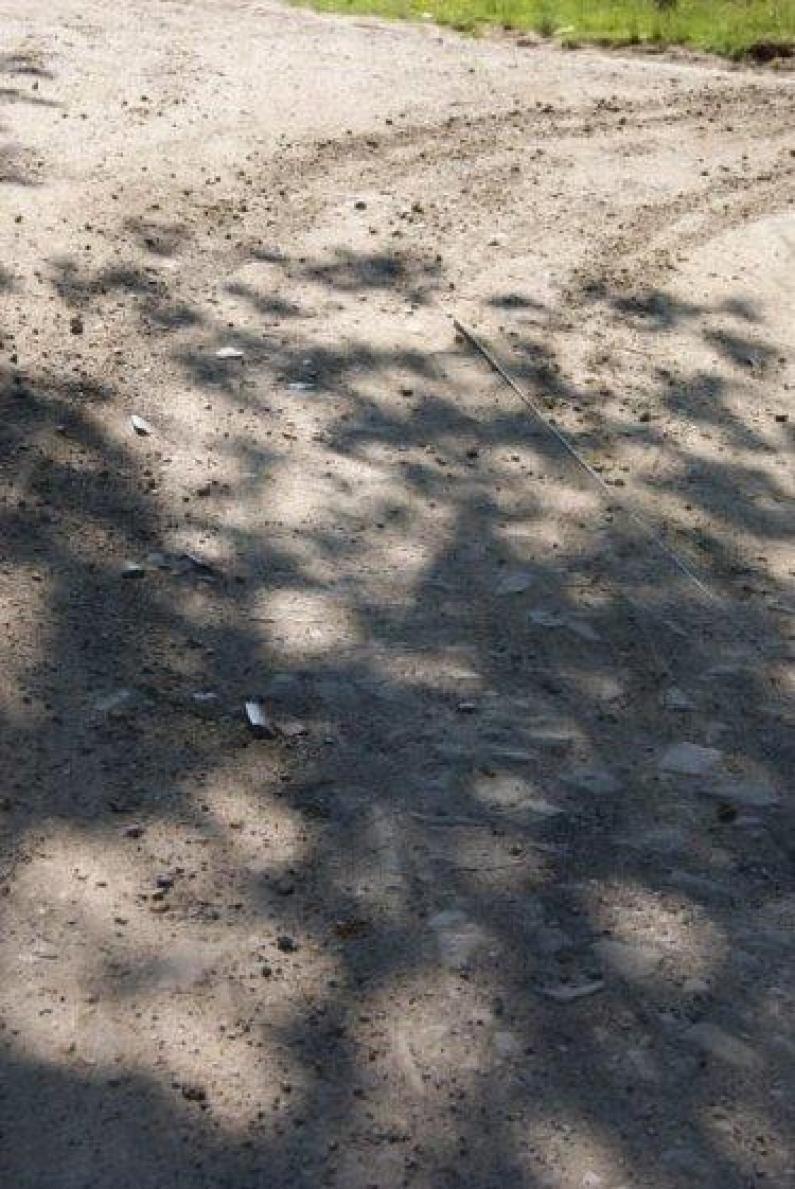 The Bicslade (sic) Tramroad was a branch off the Severn and Wye Railway’s 3 ft 6 in. gauge tramroad from Lydney to Lydbrook, which opened in 1810. The 3/4-mile branch was built to serve collieries and stone quarries along Bixslade and had opened by June 1812. Traffic had ceased by November 1946, although the short section between Bixslade Stone Works and Bicslade Wharf remained in use into the 1950s. The only section of track known to have survived is near the stone works. The original track consisted of L-section cast iron plates, 3 ft long and weighing 42 lbs, spiked to 14 inch-square stone blocks (or setts) with single iron nails. Later track utilised longer plates, set on chairs which were attached to the blocks with two tapered bosses. By 1951 the Bicslade track consisted mostly of angle irons 4 1/2 in. by 2 1/4 in., 1/2 in. thick, and 12 ft long, although channel section was used where it crossed the road. The gauge was nominally 3 ft 6 in., but this tended to widen with time. Fair. A very short (about 8 ft) section of track survives in reasonable condition. (April 2002)